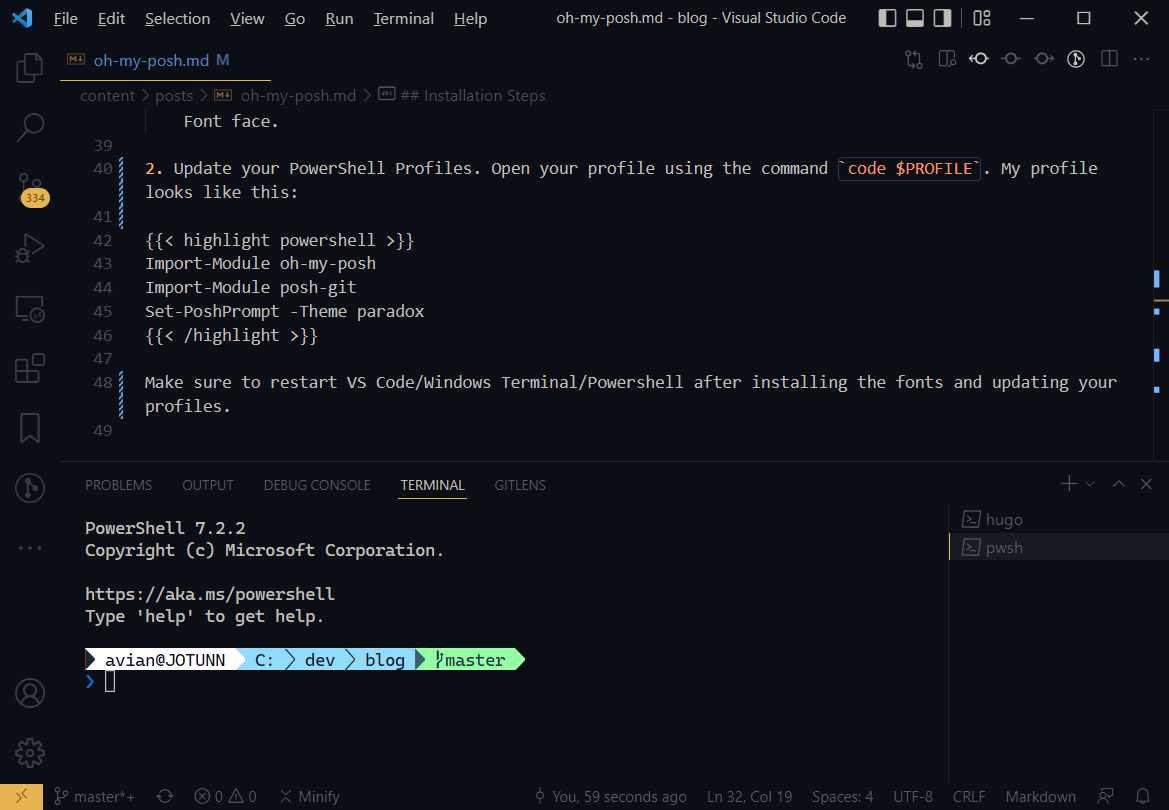 For years I have used Cmder terminal emulator for a fancy CLI while developing in Windows. Now that Microsoft has finally released a modern terminal it is finally time to put Cmder to rest. In this article I am documenting my opinionated manner of customizing my CLI.

The terminals I will be customizing are:

The customization is done using:

Oh My Posh is portable and actually works on any shell but I will concentrate on setting it up with Powershell in this write-up.

Make sure to restart VS Code/Windows Terminal/Powershell after installing the fonts and updating your profiles.